Wonderful Mrs. O has some more great fit reviews for us! More to come after this post! I really love the mineralized multi train times 7/8 tights on her. I wish I would have held out for this print in the train times instead of the aligns because it definitely has more depth and sparkle effect on these. 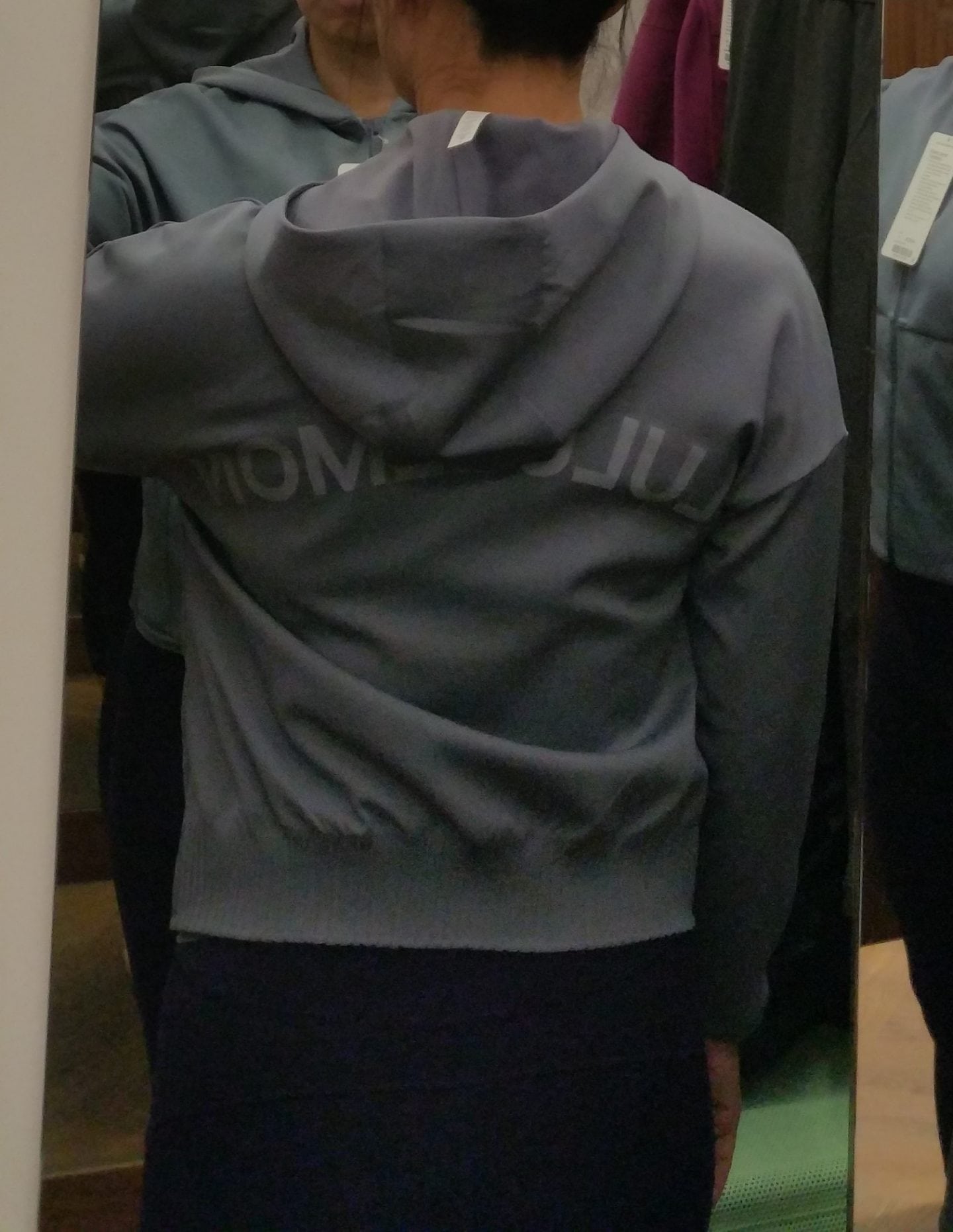 The Train Times Tights are one of my favorites.  I just think it’s so flattering in the waist and the rear.  I was really drawn to this pattern when I saw it as a Festival Bag.  The splatter is printed on a light blue and is opaque.  I did not notice any fading of the pattern.  The splatter has specks of different blues along with a shimmery gray/silver.  I really like the splatter effect.  Also, the splatter is spaced out more than the Aligns in Luminesce Ice Gray.  Both splatter prints are nice but I like the blue hues in the mineralize multi more than the luminesce ice gray.  These tights are TTS.  For anyone that hasn’t tried the Train Times Tights or Crop, I highly recommend them!

The Shaped Jacket is an ill fitting cropped hoodie.  I thought the fit would be similar to the Reform Jacket but it is not.  The proportions aren’t right.  It’s too big around the chest and shoulders as compared to the waist.  It could be because of the dropped shoulders.  I think it looks better from the back because of the slight gathering around the formed waist cuff.  But unlike the back, the front of the jacket has no waist cuff and is just flat, which I think makes the jacket sit awkwardly.  I’m not sure what the front would do for women that are bustier than me.  Also, the hood covered a portion of the “expression” on the back (even though online it doesn’t appear that way).  This jacket is a no for me.