I stopped in at the store today to see if I could get a look at the new Blurred Blossom print but unfortunately it wasn’t in. I did end up falling in love with the Transition Wrap in Dune which is quite surprising since I don’t usually do taupey colors because they wash me out. I had originally gotten this wrap in Deep Indigo which is a color I love, but something about it in the wrap just didn’t cut it for me. I think the combination of the design and such a dark color made the wrap look heavy and bulky on me. Anyways, I’ve been looking for a wrap for the past several weeks and haven’t found anything I liked, but this one called my name. I think on it’s own this color does wash me out quite a bit but layered over a bright color like Navy, Dazzle or Aquamarine it looks quite nice and it subdues the brights a bit. I also think this colorway is thinner then the last run which I prefer because as the weather warms up I know that the Navy Transition Wrap would have been way too warm for me. The Every Yogi Tank in the same color was also quite striking in person. It almost looks like a gold rather than taupe. Great neutrals for layering!

Why did they pair the wrap in this picture with such a blah color? Layering it over a similar toned grey just makes it look sad. 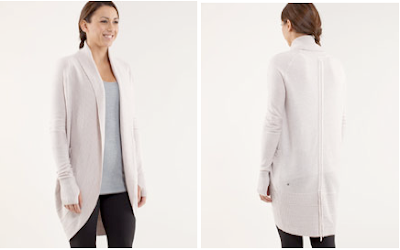 Again, paired with grey it doesn’t do this wrap justice. 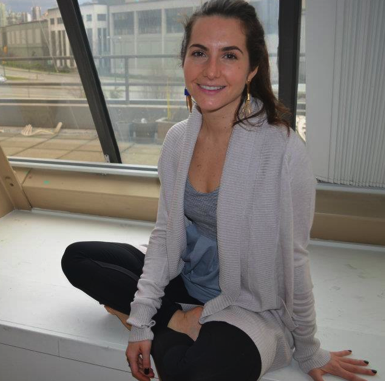 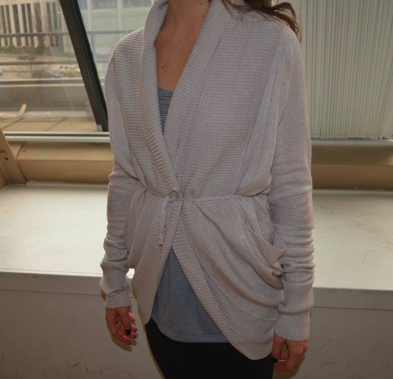 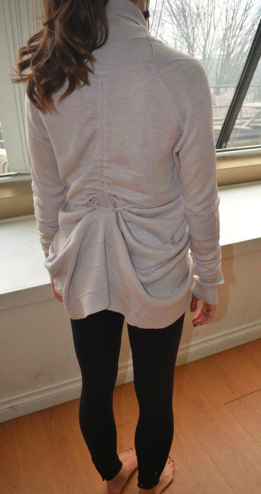 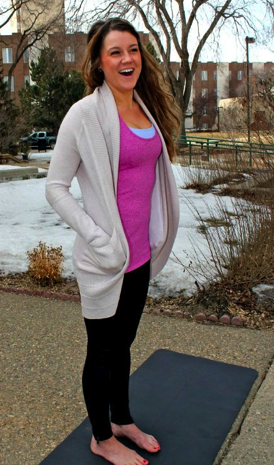 Photos: No Rain No Gain Jacket