Of all of the featherlight prints, this one was the least flattering for my body type. I think if you are tall and lean these are perfect but the light coloured bottom half of the leg wasn’t flattering on me. The print itself I adore and I think the pants are gorgeous. I learned today that there are different weights of Nulux which is why these are listed as 50g Alpine White and priced higher for the same pant style as the others. The other prints that are also Nulux (but priced lower) are much more forgiving and thick than this Nulux. This Nulux feels more nakedy, less compressive and slightly sheer where as the other print in Nulux was not at all sheer. 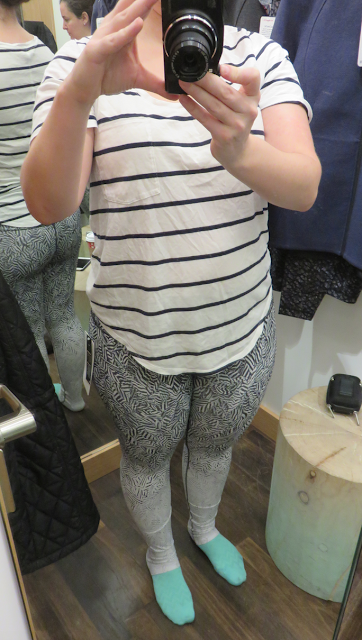 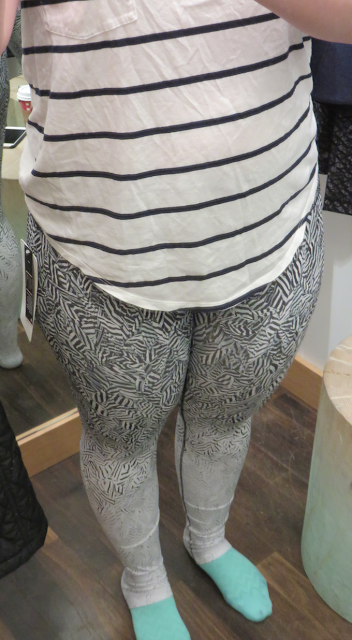 I am obsessed with this print to the extend that I want the WUP as well as the High Times. The print in person is very nuanced and has a lot of browns and mauves in it, not just black and grey. As I mentioned above, this print in Nulux is more forgiving to me in the sheerness department as well as in compression. My store didn’t have the plume print in but I am anxious to find out if they are like these. 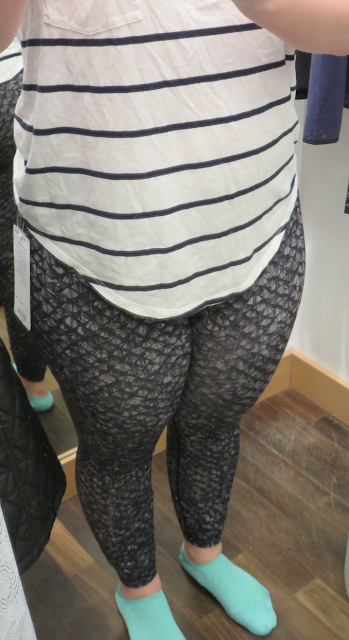 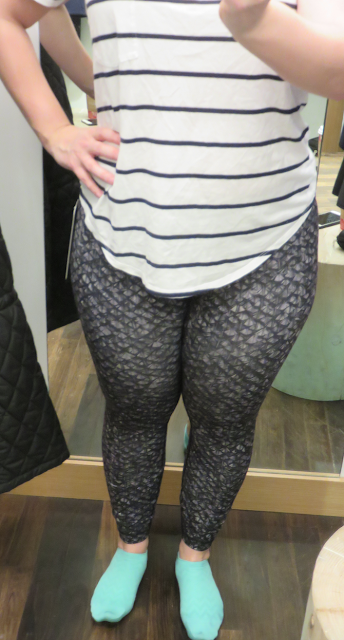 The WUP is more compressive than the High Times even so if you are worried about Nulux (if you are in the upper sizes like me, and compression is a concern) these are the way to go.  A lot of people have mentioned this print looks like fish scales and I sort of agree, although I get more of a mermaid vibe from it. The browns and taupes in the print in person really make it less fish like. 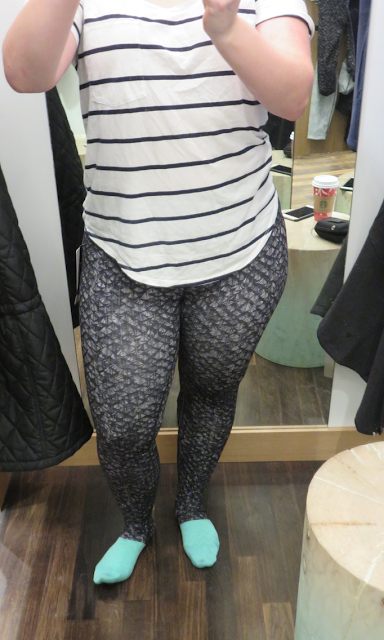 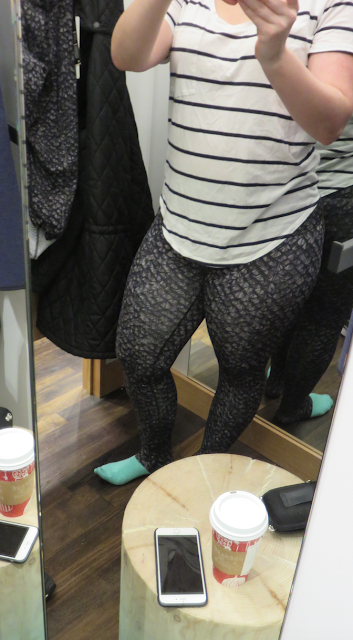 I caved to peer pressure and purchased this In Sculpt Jacket from the sale. Carolyn from Lulu Addict has been really talking this jacket up and she’s purchased a second one today on markdown. The thing she said that sold me was that it’s a very comfortable jacket to put on post sweaty workout so that it keeps you warm without reheating you after you’ve cooled down. I think of the spacer fabric jackets, this one is the most flattering fit. This picture doesn’t do it justice because the black one I ended up getting has a much more sleek fit on me. 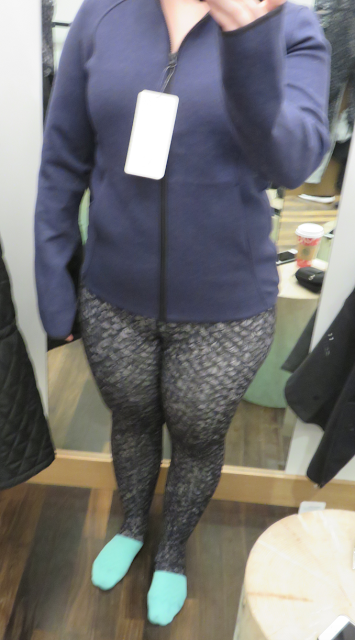 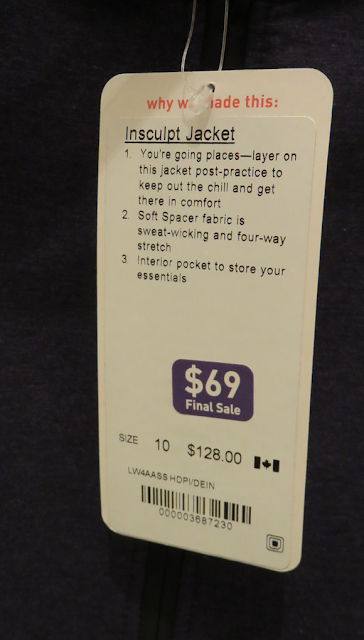 My store had this new sweater print in. It’s actually really pretty and I might consider a tank in this. I know it’s coming in Fast And Free Tights which we saw in the Winter 2016 Lookbook back in October. 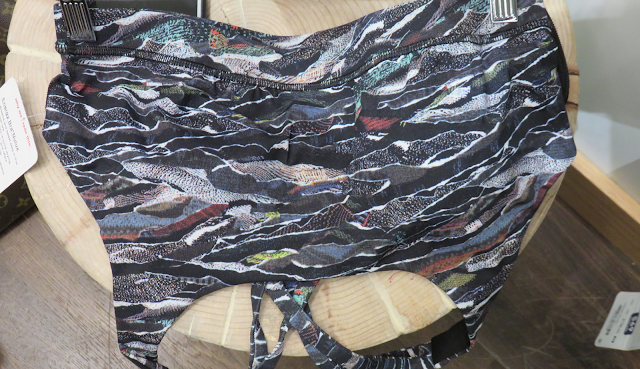