OTTAWA — Lululemon Athletica Inc LLL.TO LULU.O said on Thursday its quarterly profit more than tripled and bested estimates on a sharp increase in demand for its yoga and workout wear.
The specialty clothing retailer, which hiked its 2010 revenue and profit forecasts, said sales growth was strong in both Canada and the United States.
Sales at stores open for at least one year, a key growth measurement in the retail sector, rose 51 percent. On a constant dollar basis, sales rose 35 percent.
The clothier sees fiscal 2010 revenue between $620 million and $635 million and earnings per share from $1.05 to $1.10.
Previously it forecast revenue of $570 million to $585 million and earnings per share of 1.00 to $1.05.
Vancouver, B.C.-based Lululemon said it earned $19.6 million, or 27 cents a share, in the fiscal first quarter ended May 2, up from $6.5 million, or 9 cents a share, a year earlier.
Revenue rose 69.3 percent to $138.3 million.
Analysts had expected a profit of 21 cents a share, on average, and revenue of $128 million according to Thomson Reuters I/B/E/S.
The company forecast fiscal second-quarter revenue of $140 million to $145 million and earnings per share ranging from 21 to 23 cents. It sees a comparable same store sales increase in the mid-20-percent range, on a constant dollar basis.
Analysts has estimated earnings per share at 21 cents on revenue of $132 million.
Gross profit rose by 112 percent to $74 million, as the profit margin increased to 53.8 percent from 42.9 percent in the same period last year.
Lululemon, whose growth has been crimped in the past by inadequate inventory, said the value of its inventory rose to $50.75 million in the first quarter, from $44.6 million last year.
Dollarama Inc DOL.TO, Canada’s largest operator of dollar stores, also recorded big quarterly gains on Thursday as profit more than doubled.
Its earnings rose to C$22.5 million ($21.6 million), or 30 Canadian cents a share, from C$11.1 million, or 26 Canadian cents a share, in the same period last year.
Revenue rose 14 percent to C$311.9 million. 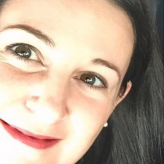 So that's it for the upload I guess

Ivivva Display at the Factory Outlet

ACCEPT
The Sweat Edit uses cookies to ensure that we are able to give you the best user experience possible on the website, and to personalize content. Learn more here.OkRead more