Well, I didn’t find too much for myself in store today, and none of the new items really appealed to me, but I found the Classic Stripe Under Crops *Organic Cotton on for $29. These pants where never on my radar even though I love the Classic Stripe, but at this price I was going to give them a shot and if they looked bad I’d wear them as PJ’s. Once I got home I tried them on and fell in love. They are soft organic cotton, and thick so its not as sheer as past cotton ‘Under’ Crops have been. You can pretty much see the tag right thru them but nothing else so it’s opaque enough that I’m comfortable wearing them casually with a long butt covering top (Devotion Tees!), but I would under no circumstances wear these to crossfit or anywhere else I’d have to contort or sweat. $29 was a great price for them and worth a chance. I also got a pair of the grey Savasana Socks for $29 (online they are $34!!). I really like them too and wish I’d gotten a black pair as well but I’m not going to pay $34 for them online. I saw the Seaside Stripe/Shell Pink CRB and really liked it but I opted to pass on it. There were tons of running jackets marked down and all the winter run tops where marked down, but those where items I passed on when they were first out and wasn’t interested so the minimal markdowns didn’t sway me. I need dramatic markdowns to tempt me on items I initially passed on or that where off radar.

My friend got a huge haul today. She was in the market for running pants and gear  and she found Runder Unders in black marked down to $69 (best score!), some Herringbone pants (split set pants  Frome Pants maybe?), Limitless Blue Under Pants for $29, Extra Long CRB for $19, Black St. Moritz Jersey for $69. She’s pretty much all set for running gear.

What did you guys get today? Did you fight the crowds for better in store deals or did you just order online? 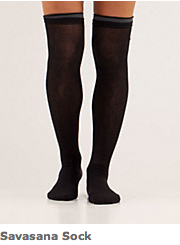