On Monday I wore my High Times for a crossfit workout that included sit-ups, medicine ball knee raises, thrusters and a few other movements and I spent the entire workout constantly pulling up my pants. When I say I spent the entire workout doing that, I mean after each and every movement I had to yank them up. I think it’s a combination of factors in these pants; the very silky material, a slightly looser fit, a lower mid rise. Sizing down in Nulux is not a possibility for me because I am curvy and the print becomes sheer. Because of my love of the print I was very reluctant to take them back but today I decided to wear my Plume print Wunder Under Pant Hi Rise to the gym for a workout to see if I had the same problem with them. Luckily the Wunder Under Pants where much better for me. They slipped slightly so I had to pull them up after every set of jump ropes (160 single unders) but I think thats a tolerable amount of slippage. Because these worked out better for me I took my High Times to my store and explained the issue to the lovely educator and she very nicely allowed me to exchange the pants for the Wunder Under Pant version of the same print.

I thought I’d let you guys know this because I was so excited about this featherlight line that I brought you all along on my hype so hopefully if you got them too you tested them out a bit before ripping tags off. 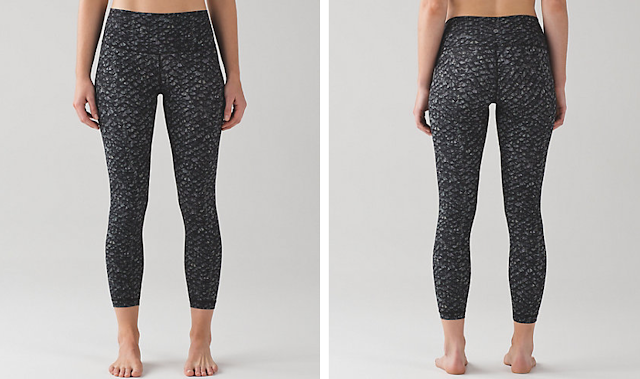 *Make sure to check out with EBATES online (referral commissions are earned). Don’t forget the holiday return period is now in effect. You’ve got until January 8th to make returns.