Two (local lululemon) newsworthy mentions today. A few select stores (very select) recieved a shipment of the Florence Speed Wunder Tights yesterday. In Vancouver only the Richmond store received them. I’ve only heard of one other store in Calgary and one in Edmonton receiving them. Yesterday I called around to several Canadian stores and it seemed these where very random and limited releases. I assumed that my store would have them for yesterday evenings Appreciation Event (20% off shopping event), but they didn’t have them in. The first two people that have tried them on and where as excited about them as I was, where very dissapointed. They are very, very sheer. Much sheerer than the marble print. The other issue is that the mesh background print is very widening and not slimming at all. I’m still going to give them a try but I really don’t think spending $150 on these after tax is worth it at all. Shame on lululemon for hyping such a disappointing product so hard. 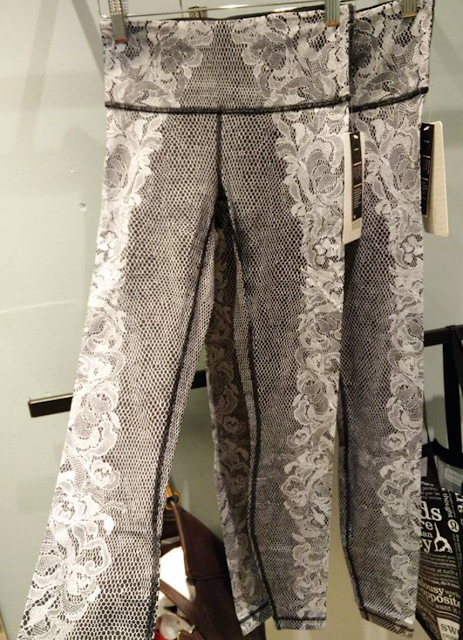 As I mentioned above, yesterday was my closest stores customer appreciation event which was my first time going to an in store Lululemon event. I had no idea what to expect and I must say I was very surprised. I showed up at 7:30 sharp as the evite stated but the party was well under way with packed store. There was at least 500 people in the store, and some catering and beer and wine stations and a DJ. I wish I had known to show up earlier because earlier in the day I had scoped out some items I was interested in grabbing (black run vest or puffy vest, Sattva sweater, Lakeside Define Jacket, Like Nothing Tights) and by 7:30pm all of these items (except the Define) was sold through. The majority of the crowd invited where local first responders (Police departments, fire, ambulance) and they where being extended invitations into the R&D discount program (usually offered to fitness professionals) which I thought was cool. For them, I believe they got the 20% off store appreciation discount plus the R&D 15% discount – although the R&D discount may have been applicable to future purchases. I saw a lot of my gym friends there as I work out with a lot of first responders and it was really fun to run into them at this type of an event. Three of us should have been at Olympic lifting class but we bailed to be at this event.

The event was so SO packed that the lineup to pay was an hour long and it wound around the entire store front to back then front again. It was almost impossible to browse so you pretty much had to know what to grab as you made your way past the clothing. I was surprised not only at the turnout but that the crowd was equally male to female (due to targeted invitees). It was a fun and rowdy crowd and not what I would expect for a lululemon shopping event. I meant to go in to the store today to see what kind of inventory they had left because people last night where shopping by the bundles. The eds where super helpful as well and running for sizes for people, and then approaching people that where in line to pay to ask each person if they found the sizes and items they had been looking for.

I think it’s really interesting that Lululemon is doing this type of large scale across the board discount on not marked down items (not final sale BTW), and participating in ebates to entice shoppers. I was thinking that this was this years version of a warehouse sale but that isn’t right because the warehouse sale discounts stale items, not all current items.

Some blurry photos just so you get an idea of how crowded the event was. 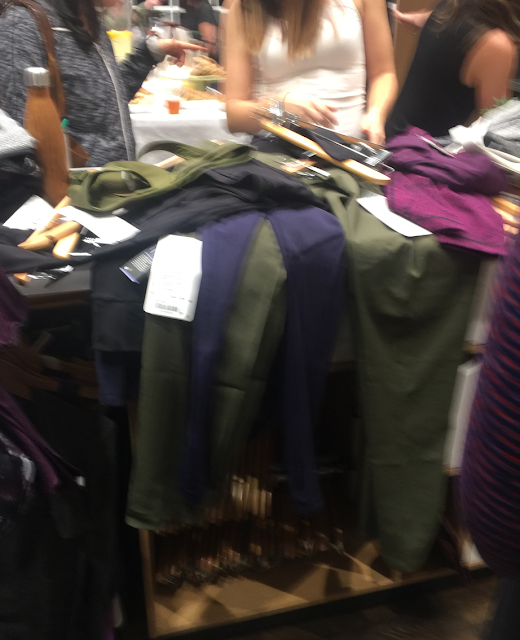 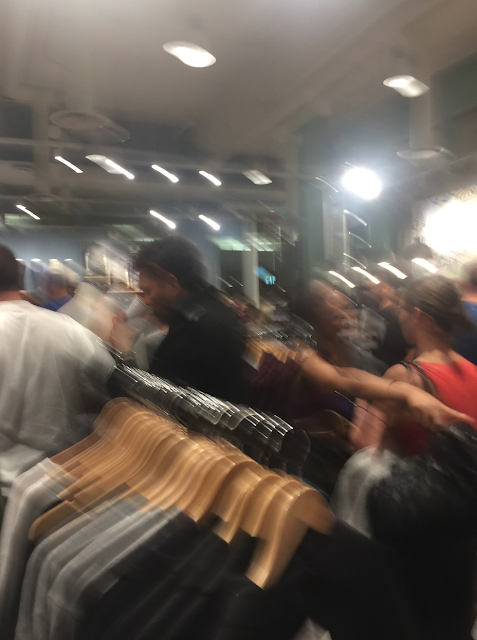 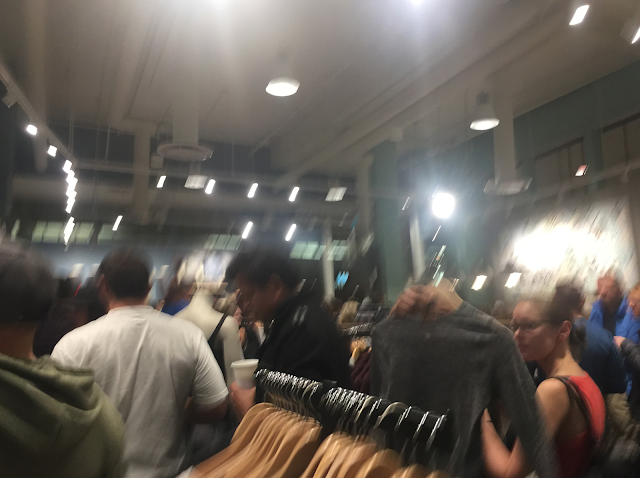